A Shofar, a ram’s horn that is made into a special wind instrument used during Jewish High Holiday religious services, that was hidden and clandestinely used in Auschwitz 75 years ago, will be added to the ‘Auschwitz. Not long Ago. Not Far Away’ exhibition at the Museum of Jewish Heritage – A living memorial to the Holocaust in New York.

September 21, New York, N.Y.– The Museum of Jewish Heritage – A Living Memorial to the Holocaust revealed a historic artifact—a shofar, a ram’s horn that is made into a special wind instrument used during Jewish High Holiday religious services and that was hidden and clandestinely used in the Auschwitz concentration camp—as part of its acclaimed exhibition Auschwitz. Not long ago. Not far away. The exhibition is co-produced by the international exhibition firm Musealia and the Auschwitz-Birkenau State Museum in Poland.

The artifact was blown in Auschwitz 75 years ago and has never before been on display anywhere. It will join the more than 700 original objects and 400 photographs in the groundbreaking exhibition, which has been visited by more than 100,000 people since opening in early May and is on view until January 3, 2020. 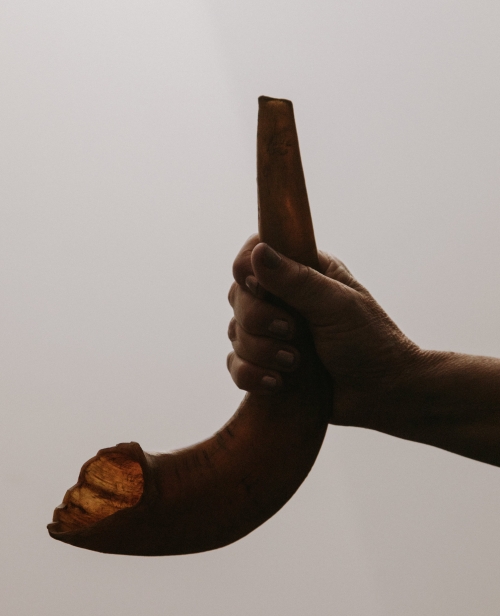 The shofar, is an integral part of the Jewish High Holidays, sounded on Rosh Hashanah (the Jewish New Year) and at the final moment of Yom Kippur (the Day of Atonement). Until now, this artifact has only been used privately. The Museum has arranged for the shofar to be temporarily transported to two Upper East Side synagogues—Edmond J. Safra Synagogue (Congregation Beit Edmond) and Congregation Kehilath Jeshurun—during Rosh Hashanah and Yom Kippur to be sounded during religious services over the next few weeks.

“For more than two decades, the Museum of Jewish Heritage has sought to educate, inform, and illuminate, motivating all of us to reflect on the atrocities of the past and the world around us today,” said Bruce C. Ratner, Chairman of the Museum’s Board of Trustees. “Every artifact in this exhibition tells a story—of pain, of potential cut short, or of spiritual resistance—and presenting this shofar on the cusp of our High Holy Days illustrates that signs of hope can exist during even the darkest of times.”

“We are extremely honored to be the first public site that will display this shofar that was used during the Holocaust and to share its story of resistance and spiritual freedom,” said Jack Kliger, President & CEO, Museum of Jewish Heritage – A Living Memorial to the Holocaust.

“Each object we display in the exhibition has its own historical echo, its own voice. This shofar will bring our visitors the sound of spiritual resistance and human dignity, and a story and echo we very much need to hear today,” added Luis Ferreiro, Director of Musealia and the Auschwitz exhibition. 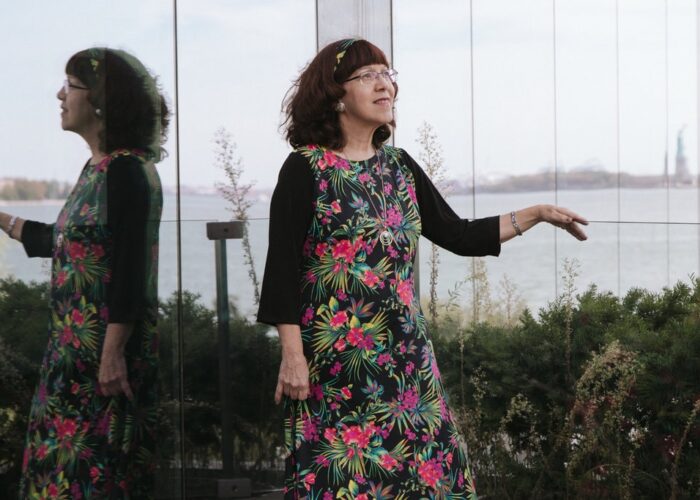 Chaskel Tydor, an Auschwitz and Buchenwald survivor, passed the shofar down to his daughter, Dr. Judith Tydor Baumel-Schwartz, Director of the Finkler Institute of Holocaust Research and professor in the Israel and Golda Koschitzky Department of Jewish History and Contemporary Jewry at Bar Ilan University, in Ramat Gan, Israel.

“My modest five-foot-two father was a giant of a man who, because of his position as work dispatcher, managed to save hundreds of lives, and possibly more, in Auschwitz III-Monowitz during his years in Nazi camps,” said Dr. Baumel-Schwartz. “The shofar was a symbol of his powerful belief which he never lost throughout his years in Buchenwald and Auschwitz, and his spiritual resistance. He always looked forward, never backward. He helped, encouraged and supported everyone he could, giving them hope for the future.”

The shofar was ostensibly unavailable in any Nazi concentration camp, and possession of a religious artifact could be punished by death. That did not deter a group of observant Jews in the Auschwitz III-Monowitz camp from trying to obtain one to use during High Holiday prayer services. Tydor was one of the prisoners responsible for organizing the camp’s work details; and during Rosh Hashanah, he arranged for many of his comrades to be transferred to a work detail that was far removed from the center of the camp, where the sound of the shofar could be heard without attracting undue attention. He could not attend the clandestine service they were planning as he had to remain at his position or risk arousing suspicion.

He later told his daughter: “When I approached the Jewish prisoner who was supposed to have the shofar, he denied it. He was probably afraid to tell anyone as having it in his possession meant death.”

Tydor only saw the shofar four months later, in late January 1945, as he and thousands of other prisoners were forced by the SS guards to set out from Auschwitz on the infamous Death March. An emaciated prisoner approached him, handed him an object wrapped in a rag, and said: “Take it… I’m too sick to survive. Maybe you will make it. Take the shofar. Show them that we had a shofar in Auschwitz,” Judith Tydor Baumel-Schwartz recalled her father saying.

Tydor survived the Death March through the snow to the town of Gleiwitz, which contained sub-camps of Auschwitz. From there, the shofar accompanied him to Buchenwald. Realizing that they were losing the war, the Nazi administrators of the camp became more lax, leaving much of the inner organization to the prisoners. Consequently, it was possible for Tydor to hide the shofar in the small rag bag he carried, with his tin cup and spoon. It remained with him until he was liberated on April 11, 1945, by the U.S. Army.

After liberation, Tydor was able to forge a new life. On Rosh Hashanah 1945, he was on a boat to Palestine. In view of the Carmel mountain range, Tydor blew the shofar for a group of young survivors—many, like him, from Auschwitz. They were about to reach the Promised Land.

The shofar has remained with the family since the Holocaust and has never been displayed in a museum or institution. Dr. Baumel-Schwartz visited the Auschwitz. Not long ago. Not far away. exhibition at the Museum of Jewish Heritage this past spring, and she mentioned having a shofar from Auschwitz to the exhibition’s chief curator, Dr. Robert Jan van Pelt. He asked if she would be willing to have it exhibited in the Auschwitz exhibition on long-term loan. She immediately agreed that her family’s treasured shofar with its powerful story should be part of the exhibition.

“Since the exhibition Auschwitz. Not long ago. Not far away. opened, Holocaust survivors and their children have come forward with amazing Auschwitz-related artifacts and the stories that accompany them,” said Dr. Robert Jan van Pelt, a historian and chief curator of the exhibition. “Their enthusiasm and willingness to share what have become treasured family heirlooms show that the exhibition is not only the result of decades of research but also a catalyst for exciting new discoveries and insights, and an occasion to strengthen and enlarge the community of people dedicated to the future of Auschwitz as memory, as knowledge, and as lesson.”

“This shofar is a powerful example of spiritual resistance, defying the oppressor by insisting on preserving religious integrity,” said Dr. Michael Berenbaum, a scholar and part of the curatorial team for the Auschwitz exhibition. “By tradition, the shofar blasts are intended to storm the heavens and plead for mercy. The shofar is blown: one whole blast is followed by three shattered blasts, and then by nine, short staccato blasts. The final blast, the Tekiyah Gedolah, restores and expands the original shattered wholeness. One must imagine how the prisoners of Auschwitz felt on that most sacred of days, the New Year when life and death hang in the balance. Their world had begun in wholeness but was shattered, utterly broken apart. If they survived—and that was a big if—they could only dream of wholeness, of restoration.”