The Death March from Auschwitz

By January 1945, the Third Reich stood on the verge of military defeat. Most of German East Prussia was already under Soviet occupation. Soviet forces besieged Warsaw, Poland, and Budapest, Hungary, as they prepared to push German forces back toward the interior of the Reich.
By that time, the Soviet Army had already made public the atrocities committed by the german nazis in Majdanek, liberated in July 1944.
The SS authorities ordered, then, to evacuate Auschwitz prisoners between January 17-21, after getting rid of all documentation and a great part of the camp facilities. 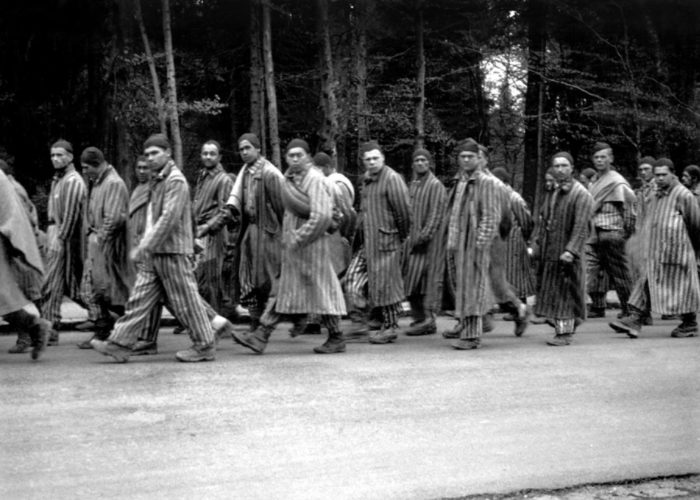 A group of prisoners marches from Dachau towards the interior of the Reich.

Partly to conceal evidence, but also because they thought they might need slave labour in the months ahead, the Nazis forced nearly 60,000 Auschwitz prisoners, already weak from hunger and abuse, to march in freezing conditions without proper clothing or food to railway junctions over 60 kilometres away. From there they were transported to different concentration camps.
Of the almost 60,000 people who were evacuated from Auschwitz, it’s thought that around 15,000 died on the death marches alone, due to exposure, starvation and exhaustion. In addition to this, the scorting SS guards had strict orders to shot and kill prisoners who were too physically exhausted to keep op with their fellow unfornates. More died in the camps they arrived at.

This blanket, actually shown to the public at Auschwitz Exhibition at the Museum of Jewish Heritage — A Living Memorial to the Holocaust in New York,  belonged to an Austrian tailor, Siegfried Fedrid, who was born deaf, to two deaf parents.

When Auschwitz was evacuated, Siegfried was one the almost 60,000 prisoners forced to march towards Germany in atrocious weather conditions. He grabbed this blanket in the moments before he left the camp for the last time. Like all the prisoners he was weak, tired and cold; the logical thing might have been to wrap the blanket tightly around himself – but Siegfried didn’t do the logical thing. He chose to share it with other prisoners to help them survive the freezing days and nights of the death march.

After the war, with no family left in his native Vienna, he emigrated to New York, where he would eventually meet and marry Doris Rosentrauch, another Holocaust survivor who happened to be deaf. 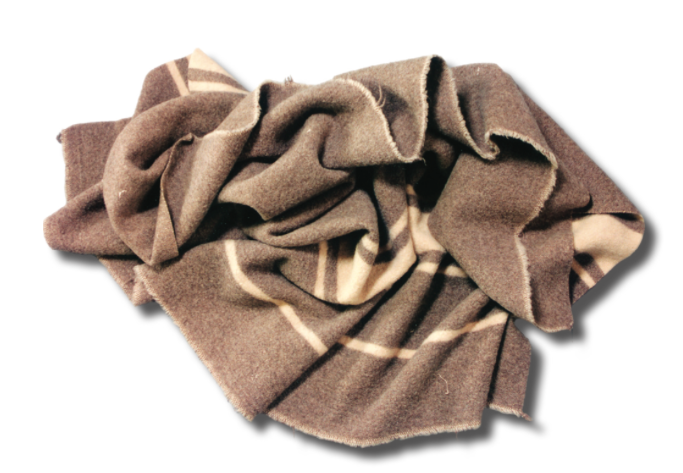