Devoid of food and water

In Auschwitz, as in the rest of the German Nazi concentration and extermination camps, hunger was chronic and ubiquitous, being the first reason of the drop in life expectancy to a few weeks or months.

For, although there was, officially, a balanced menu for prisoners, this had nothing to do with the food distributed in the canteen at Auschwitz. 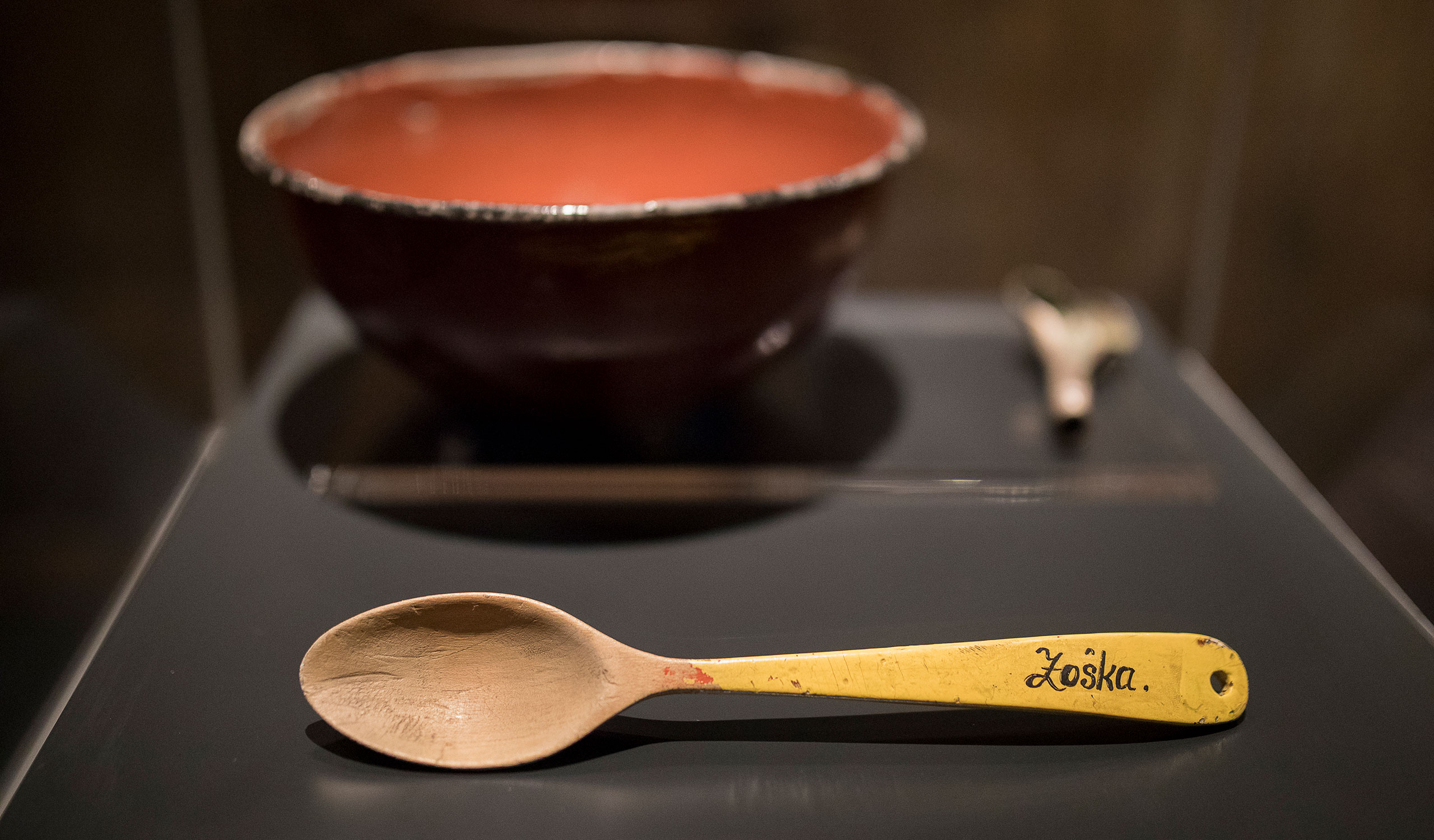 Bowl (1940s) and wooden spoon (1940–45) marked with the name Zośka and the number 30921 on the underside. The owner of the spoon, Stanisław Śitaj, was admitted to the camp on April 17, 1942. Collection of the Auschwitz-Birkenau State Museum. © Musealia

The daily ration consisted in a bowl of a bitter beverage similar to coffee for breakfast, a dish of thin soup made from rotten vegetables or meat at midday and a crust of bread and a little portion of margarine before going to bed.

Some were even less lucky, for, just as the last in the distribution queue often did not receive food at all, the SS men punished arbitrarily the inmates by depriving them of their ration.

After some weeks in the camp, eating tiny amounts of calories and suffering from diarrhoea, crippling abdominal pain and, in consequence, demoralization, many of them died from weakness. 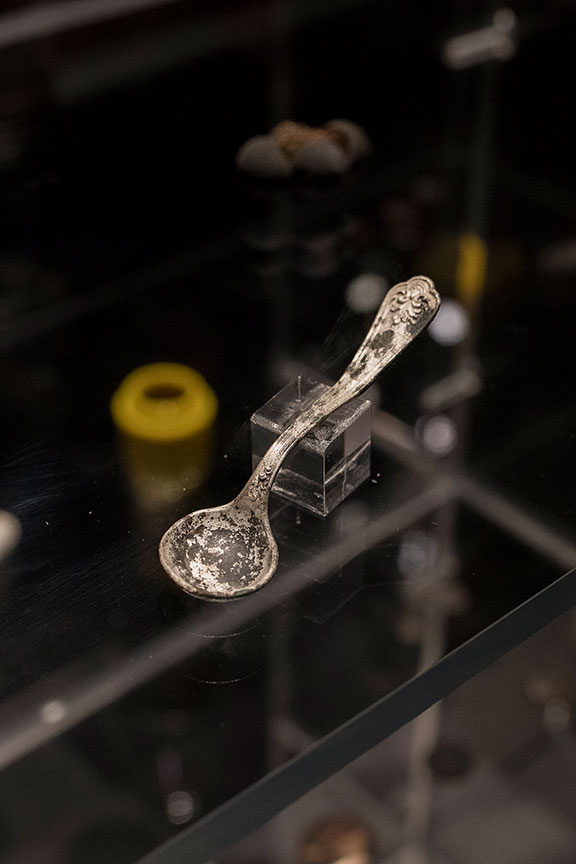